ABOUT US - HISTORY OF AN EVIL GENIUS

As you may have read on our home page, Evil Genius is the brainchild of Mark Rigby. Mark Rigby initially started working freelance as a general graphic designer/motion graphic designer about 18 years ago. During this initial period he was contracted by Delf Australia to help promote the Hitachi on glass projection system which projected an image on a piece of glass and gave the illusion of an image floating in mid air. This type of product was used primarily in real estate agents windows and a few retail applications. Due to the cost of the system, it's success was limited, but it did open up the idea of digital signage.

HBP Media group then developed Visemax, which was small LCD screens placed in the tops of table tops of food courts in shopping centres. Mark was asked to work as a consultant for content creation and to develop material for the system. 3 trial centres were rolled out, however the overall cost for each centre proved to be uneconomical to deploy on a large scale and eventually the concept was dropped.

During this period Mark was approached by Outpost Media. Outpost Media had recently installed a number of plasma screens into 3 shopping centres around Victoria. They had seen Marks work on Visemax and were impressed. Initially Mark was contracted to supply content for the new digital network and 6 months later was asked to join the company and take the role as creative director.

Outpost slowly expanded across Australia, Advertising agencies were initially skeptical about the new medium, but Research showed that Digital Signage was extremely influential at the point of purchase. Mark worked with the agencies to develop content suited for digital signage applications and the results were outstanding. Mark put together a small team of designers whose sole purpose was to create and manage digital signage content.

Outpost Media was then purchased by Valmorgan, and rebranded Valmorgan Retail Media. With the injection of new funds, the company continued to expand into over 80 shopping centres, firmly establishing itself as the largest digital signage company in Australia.

During this period Mark developed the creative department into a small business of its own, taking on outside projects and developing content independent of digital signage or Cinema.

With the success of this achievement and after learning so many valuable skills working in new mediums, Mark felt it was the right time to move on and face new challenges, and thus began Evil Genius! 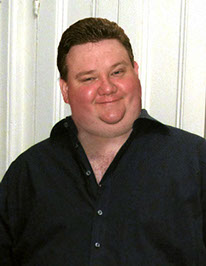